Do you enjoy working with your hands? Would you like to make money by doing so? Working as a carpenter would allow you to do both. While choosing your job is a big decision, we’re confident the following will help you with this decision.

What Level of Education Is Required for Carpentry Jobs?

The good news is that you don’t need to pay the exorbitant prices or invest in numerous years of college to begin applying for carpentry jobs. There is no degree in this important skill or other four-year commitment you need to make. 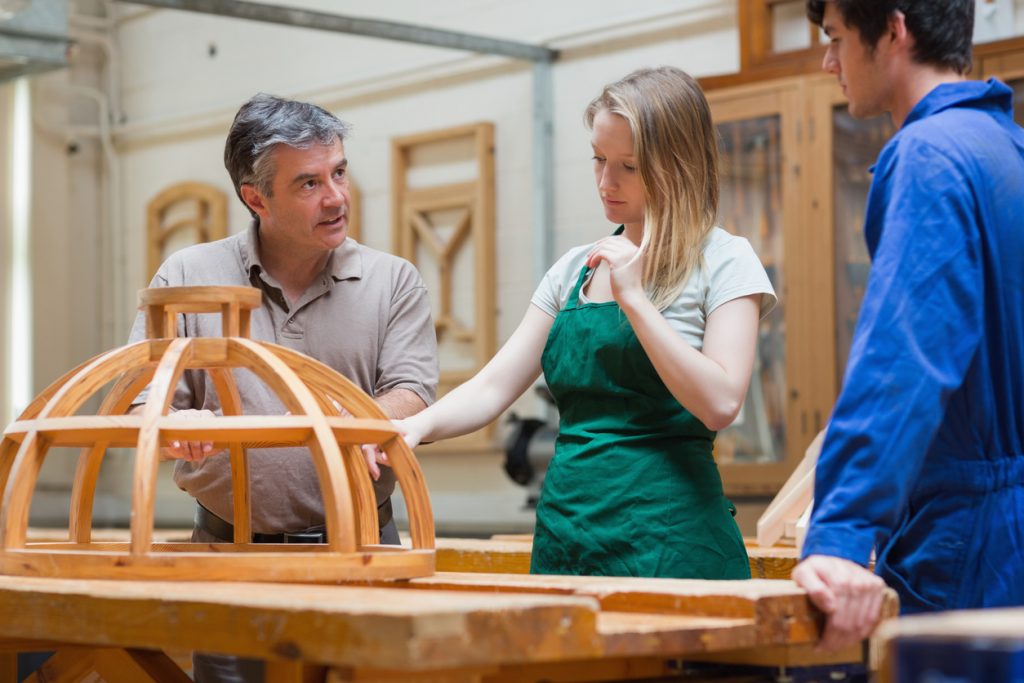 That being said, you should look into what kinds of laws govern carpentry jobs in your state, because it’s possible you will have to fulfill some kind of requirement to begin legally working.

Although many people associate carpentry with manual labor and little else, the truth is that you’ll have a much easier time finding success if you have a head for numbers. Many carpenters use trigonometric functions on a daily basis to help them with things like making right angle cuts.

The Future Outlook for Carpentry Jobs

According to the U.S. Bureau of Labor Statistics (BLS), there will be roughly 24% more carpentry jobs in 2022 than there were in 2010. This growth is much faster than in other occupations. See more BLS carpenter jobs statistics.

However, it might be worth discussing why this number is so high, especially if you’re still on the fence about pursuing carpentry jobs. 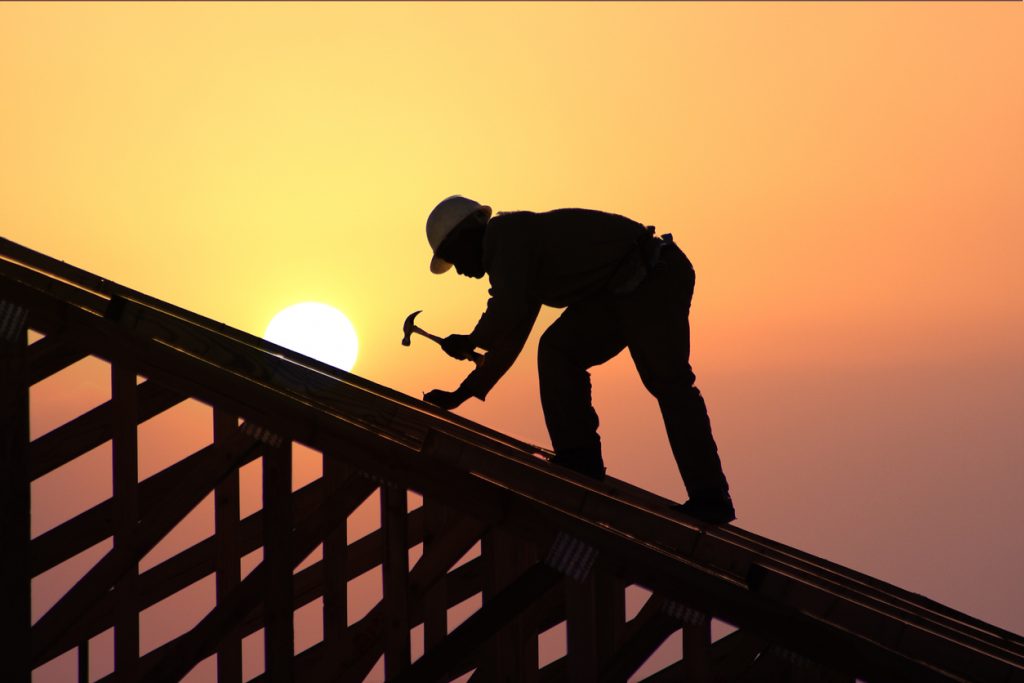 One big reason is simply that the economy is getting better. Recently, the Fed made a commitment to get interest rates back to a pre-Recession level that should help push the economy toward more organic growth.

Amongst other things, the next few years should see a lot of new home construction. Obviously, you can’t build a home without a carpenter. In other cases, you’ll have people who need renovations or remodeling work done. Again, this kind of work would be impossible without the help of a carpenter.

Keep in mind, too, that carpentry skills are pretty fluid.

While there are niche and specialized markets, what this means is that you should have no problem jumping from, say, making doors and their frames to building staircases. This also plays a big role where your outlook is concerned because it’s nearly impossible for your skills to all of a sudden become irrelevant.

As an independent contractor, you can also sign up for as little or as much work as you like, depending on your unique needs. This is an especially big advantage; in many ways, you’re in complete control over how much you make over the course of a year.

You may find that landing carpentry jobs becomes much easier when you join a union.  Such an organization may also be a good source of continuing education, so you remain an attractive potential worker.

To be clear: not all unions are the same. We’re not suggesting you simply join one on our say-so. Do some research to see what kind of reputation your option enjoys. Unfortunately, some carpenters have learned the hard way that their union wasn’t the best and ended up hurting their ability to earn.

The Effects of Automation on the Carpentry Industry

A lot of industries are either already feeling the effects of automation or will soon. Perhaps nowhere is this truer than when it comes to jobs that involve manual labor. This includes carpentry.

Fortunately, there are no reasons to worry about this form of technology taking carpentry jobs off the table. For one thing, as we covered, these opportunities are on the rise, so even if automation is going to play a role, it most likely won’t play a very big one. 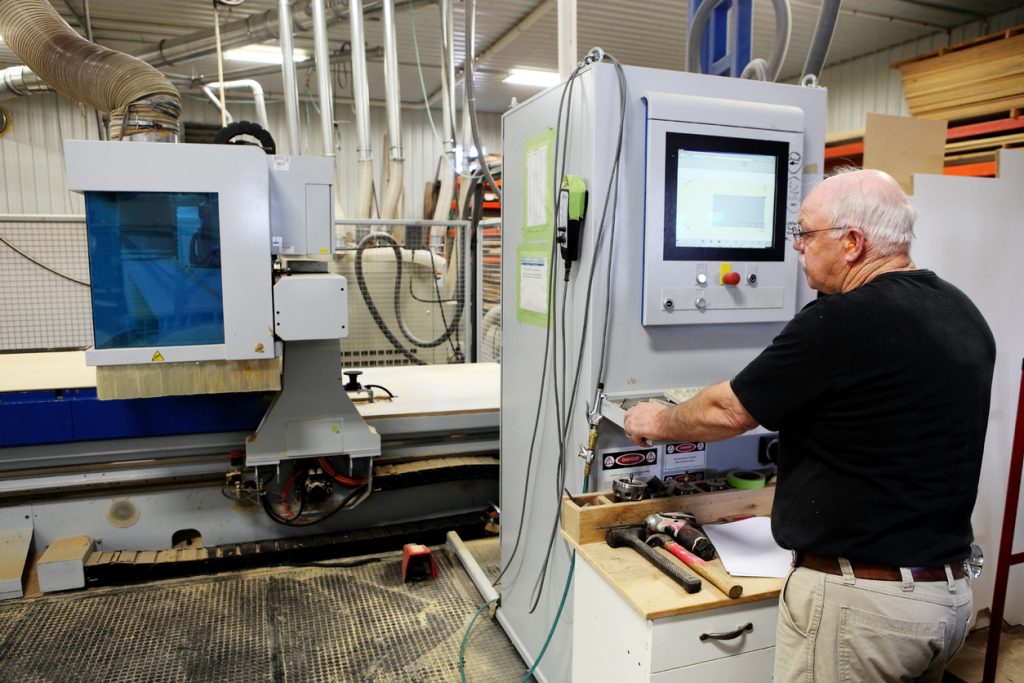 In fact, its biggest effect may be letting carpenters get more work done by handling menial chores that don’t directly relate to their main focus. While machines can measure, cut and sand wood, there’s a lot more that goes into carpentry.

Opportunities as a Carpenter

Finally, you don’t have to work as just a carpenter for your entire life. There’s nothing wrong with this choice, of course, but you could also end up opening your own operation at some point and hiring others to work for you. A company could also promote you to the point of managing other carpenters on their behalf. General construction supervisors are important, in-demand jobs and for a good reason.

If you enjoy working with your hands, don’t mind crunching some numbers every now and then and like being able to see the result of all your hard work, it might make sense to become a carpenter. With the above, we’ve laid out what this type of role demands and where it’s going leading up to 2012. All this information should be enough to help you take the next step.